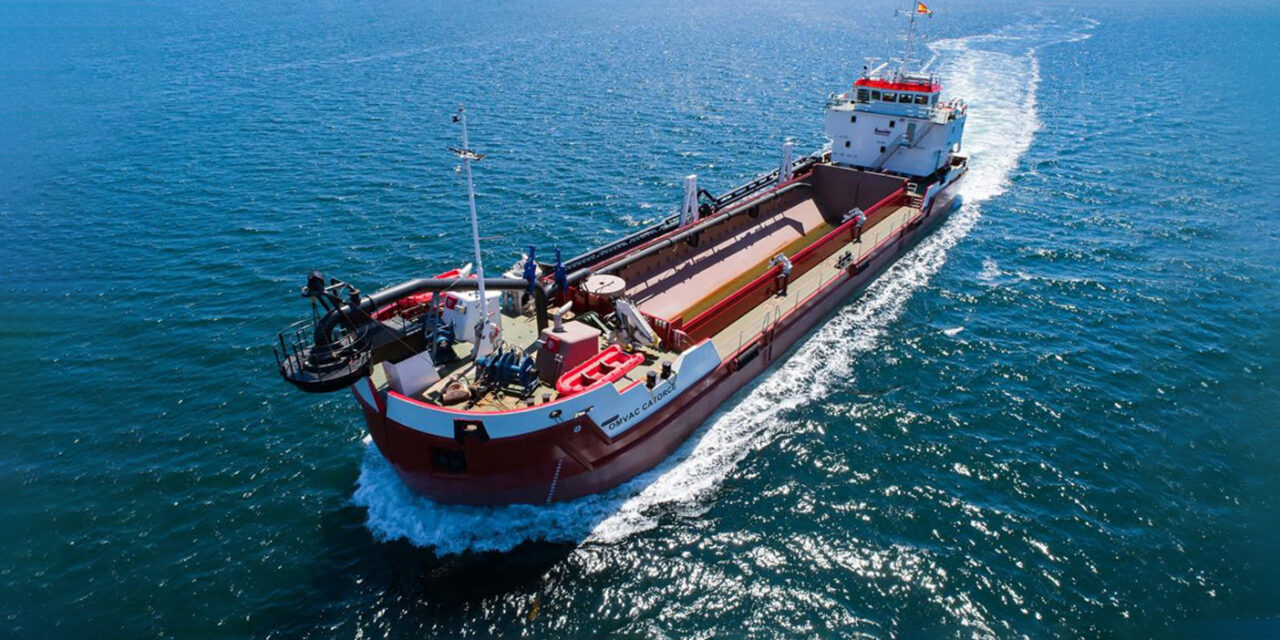 Omvac Catorce has already entered service and started working on its first dredge project at the Port of Huelva. Damen worked closely together with both CANLEMAR and NODOSA Shipyards to ensure a successful build and a versatile, future-proof vessel. The hopper dredger is a sister vessel of Omvac Diez, which was built a decade ago by the same team.

The split hopper has been designed with versatility in mind. The dredging equipment comprises a starboard trailing suction pipe which allows dredging up to – 30 m dredging depth using the in-board Damen dredge pump, type BP5045MD. This dredge pump can also empty the 1,200 m3 hopper hold by pumping out the dredged material using the bow coupling connection or the rainbow nozzle. The hopper hold can also be emptied by dumping, that is opening the two split hull parts. Alternatively, an excavator can be placed over the hopper hold on a mobile platform to load stones and rocks.

Powerful dredge pump
“We really enjoyed working with the NODOSA team again on this dredger,” Carlos González Martín, Sales Manager at Damen Shipyards, explains. “Damen again supplied the complete dredge package just like we did for its sister vessel 10 years ago. This included the dredge pump and complete trailing pipe, plus the dredge valves, the jet water system and dredging instrumentation such as a monitoring system.” The complete dredge package was shipped to Galicia, Northern Spain, where the Damen Field Service Engineers assisted during outfitting, commissioning and trials.

Support from Damen Service Engineers
“The Omvac Catorce design reflects the developments in the maritime industry of the past decade,” José Ramón Regueira, Commercial Director at NODOSA Shipyards, adds. “Even though we see it as a sister vessel of the Omvac Diez, our design team has given the NODOSA Shipyard trademark split hull design a complete upgrade. The hull design has been optimised and it complies with the latest regulations such as IMO TIER III. In short, the Omvac Catorce is an up-to-date and all-round dredger that can work anywhere.

“Immediately after the launch and trials this summer, the trailing suction hopper dredger sailed to the south of Spain to start work in Huelva. The southern Spanish port is being deepened and expanded at present to allow larger vessels into the port. A prestigious project on home soil makes an excellent start to the hopper dredger’s working life!” 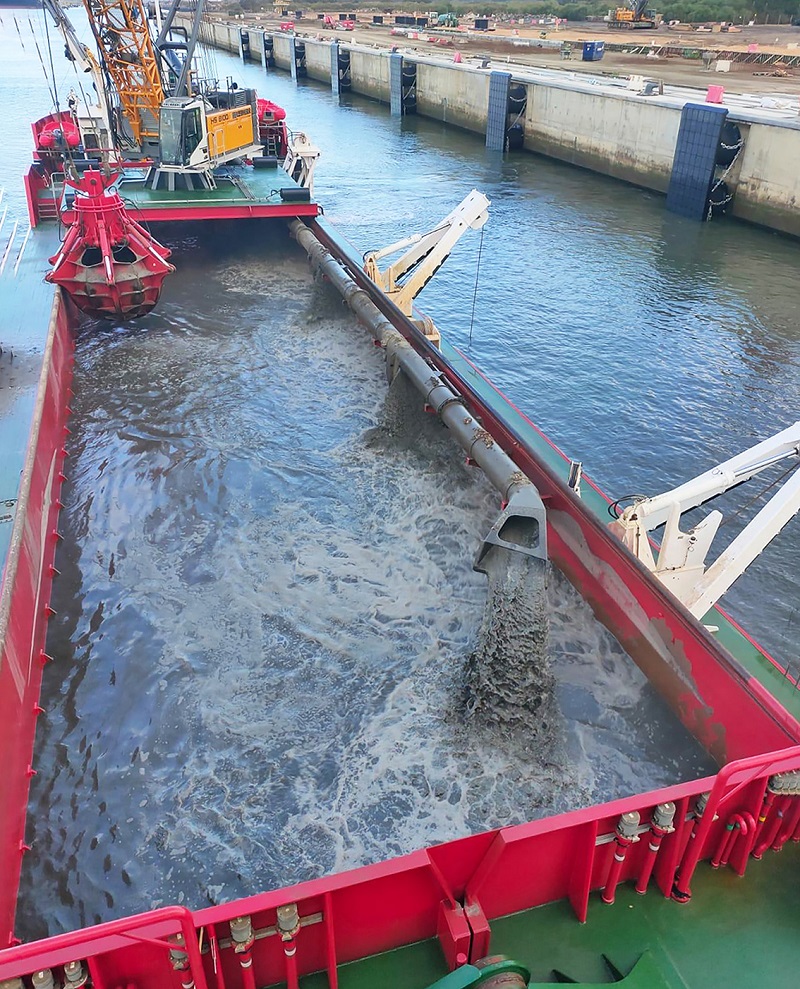 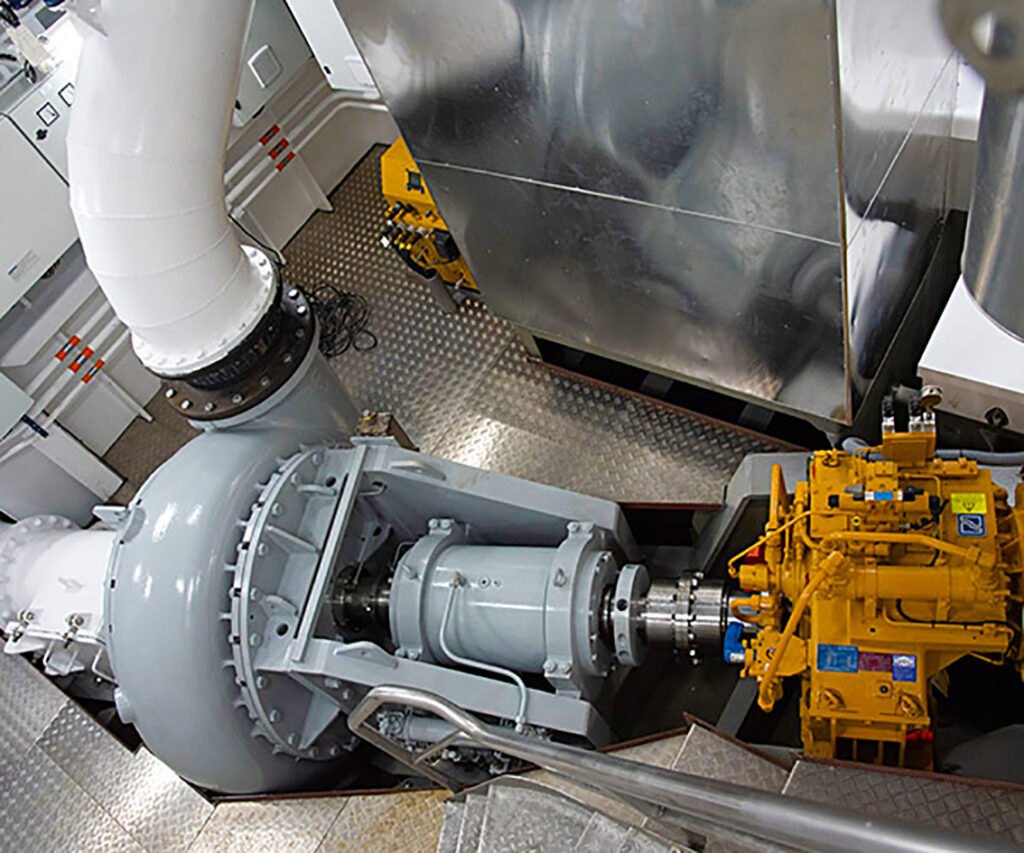 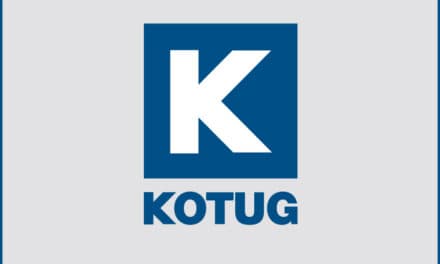 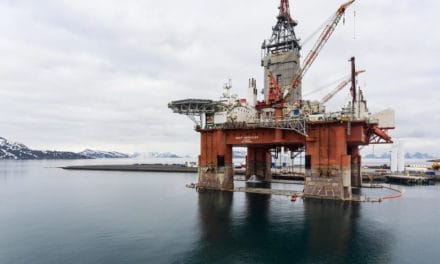 Volop booractiviteit in Noordzee in 2020 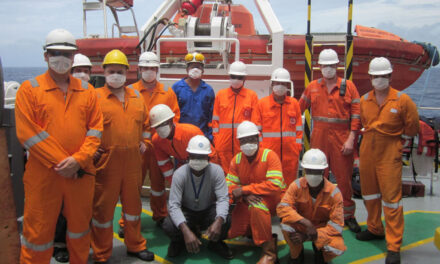 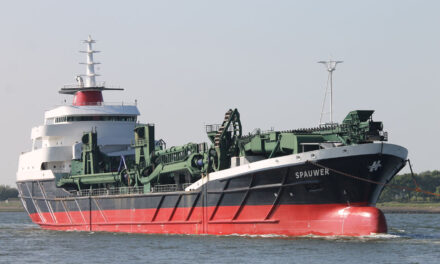