The Dutch Government will contribute 400 million euros to saving Royal IHC. A consortium of HAL Investments, Ackermans & van Haaren, MerweOord and Huisman are said to make a similar effort. Goal of the rescue operation is to safeguard crucial shipbuilding knowledge as well as employment.

Minister of Economic Affairs and Climate Eric Wiebes and State Secretary for Finance Hans Vijlbrief have informed the House of Representatives of this in a letter on Thursday morning 30 April. At the same time, Royal IHC announced a Heads of Agreement had been reached for the acquisition and refinancing of IHC Merwede Holding BV.
IHC’s continued existence has been at stake recently. The main factors that played a role in this were accumulated debts and large losses on a number of large ships which are custom-built for customers.
In the letter, Wiebes and Vijlbrief say they felt they needed to intervene as ‘IHC plays a strategic and innovative role in the maritime sector and failure to do so would undermine the robustness of the entire sector and have a major impact on the international competitive position of the maritime manufacturing industry. Secondly, a lot of jobs would be lost at a time when the government is doing everything in its power to keep the economy going and to minimise job losses.’

Terms and conditions
Additionally, the State itself is a major creditor of IHC, so trying to save IHC is also a way to minimise losses on outstanding amounts as much as possible. The 400 million euros the State will contribute consist of an early claim payment on the construction of ships of 167 million euros, guarantees of 30 million euros, a credit guarantee for 140 million euros in bank loans and a bridging loan of 40 million euros.
The state aid comes with several terms and conditions. Wiebes and Vijlbrief state: ‘First, the private parties involved in IHC should make an effort similar to that of the State. After debt restructuring, the company must be viable, as confirmed by external experts. Steps should also be taken to strengthen IHC’s governance in order to avoid further large losses on mega-projects in the future. Existing Board members and shareholders should not derive any further benefit from government intervention. Finally, the government considers it important that new financiers come on board to strengthen the balance sheet and increase support. All these conditions are currently met.’

New CEO
IHC’s Supervisory Board has appointed Gerben Eggink as new interim CEO. He succeeds Dave Vander Heyde, and will lead Royal IHC through this new phase. Eggink has extensive experience in successfully leading organisations in transition. He previously served as CEO at the Gardline Group and Smit Lamnalco, among others.
‘It is great news that, with this Heads of Agreement, Royal IHC is retained as an innovative player for its customers and for the Netherlands,’ says Eggink. ‘I am looking forward to working hard with colleagues to restore the profitability of the business, while maintaining our high quality and the satisfaction of our customers for the solutions Royal IHC delivers. That will require a major effort from everyone, especially in these difficult times worldwide. But Royal IHC is more than worth it.’
Paul van der Harten became CFO of Royal IHC with effect from April. Van der Harten has extensive international experience with large energy-related companies. He previously worked as CFO of AEG Power Solutions, and held various financial positions at OMV and Royal Dutch Shell.
The Dutch Government will also have a seat in the Supervisory Board. The current CEO leaves without a transition fee and no bonuses or dividends will be paid this year.

Job losses unavoidable
According to Wiebes and Vijlbrief, ‘the continuity of IHC can only be assured if the vessels under construction are completed and delivered to IHC’s customers. Only then can IHC look ahead again with a different business model. The level of losses, and with it the damage for export credit insurance, depends, among other things, on when the vessels can ultimately be delivered in relation to the contract and on the final sales price received by IHC.’
The letter is concluded with: ‘The national government’s contribution complies with the applicable European state aid rules. These are also uncertain times for IHC. Unfortunately, some job losses are probably unavoidable and the new governance structure has yet to prove itself. However, the financial foundations have been strengthened so that IHC can once again look to the future with good prospects.’ 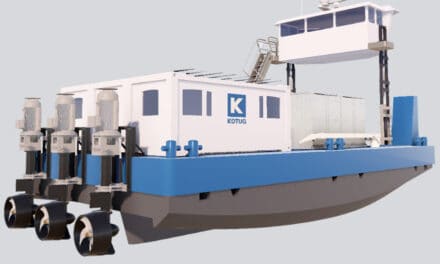 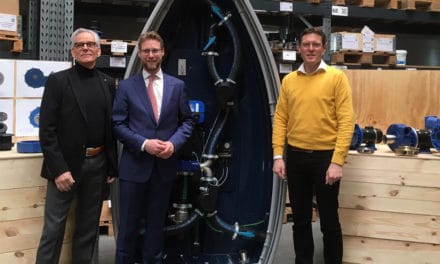 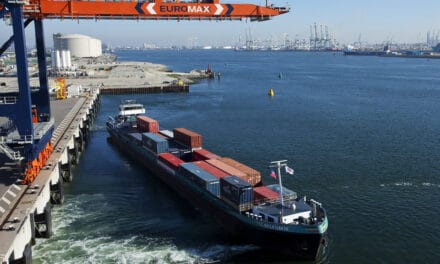